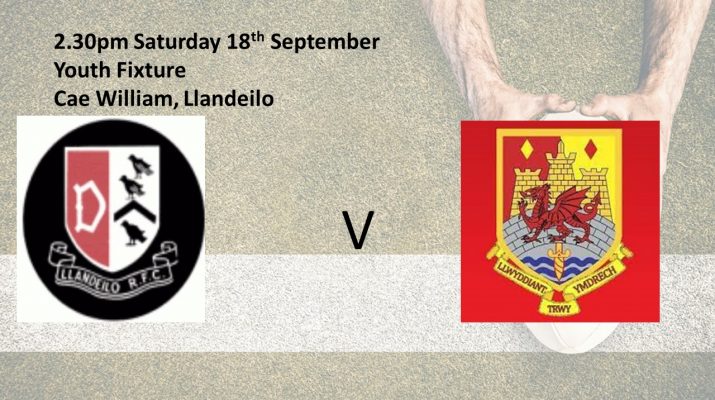 Following a delayed start to the season last week the Youth hit the road this coming Saturday with a trip to Llandeilo.

Llandeilo were involved in a tough game against St Clears that must have been some arm wrestle because the final score was a 3 all draw. We know that the Quins last week entertained town rivals Carmarthen Athletic and gained the seasons first bragging rights with a 14-10 win at Abergwilli.

The coaching staff however, haven’t rested on their laurels following the victory and preparations again have been at an intensity that aims to replicate game scenarios and as always there has been plenty to work on in training.

With plenty of rugby to be played the squad will be looking to turn in another positive performance.

Kick off at Cae William, Llandeilo is 2.30pm.