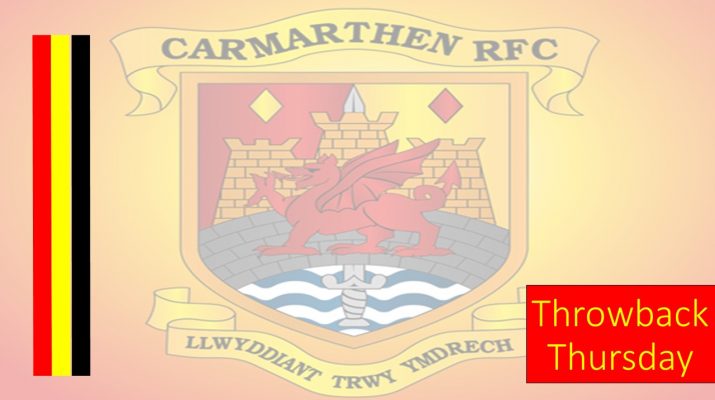 Generally over the years the rugby season is over by the end of April but on this day in history the Quins had one final game left to play. They were flying high in the Welsh National League Division Two and travelled to Glamorgan Wanderers where victory would ensure they would hit the runners up spot and with it promotion to Division One of the league.

Up until this day the Quins had played 25 league games and won 20, lost four and drew 1. Having narrowly beaten Glamorgan Wanderers in late April 22-19 it was anticipated that this would be a gargantuan task for the Quins led by Alan Mason.

In conditions more akin to sevens season the game ebbed and flowed between the two teams in front of a large partisan home crowd and vocal travelling support and the lead changed hands several times but it was the Quins who gained the upper hand and secured victory by 30 points to 26 much to the delight of players, coaches, committee and supporters. It was also a record breaking day for the Quins as they took the Wanderers two year home record!

The Quins travelled to the Capital to take on a side that were top of their Division, and had a TWO seasons ground record to protect.

They new that a victory would have given them promotion, and they started with a bang when slick passing gave Warren Leech the break to score a brilliant try. More scores came from two tries from Jason Stiles, and Giles Thomas with two conversions and a drop goal gave the Quins an interval lead of 24-9.

The home side showed why they had ground record by fighting back and take the lead with ten minutes remaining. It did not help when Julian Howells missed with four penalty attempts and left the Quins support wondering if they they were deemed to fail. Nothing of the kind as Julian regained his touch and slotted over two penalties and the forwards did the rest and victory was theirs to the delight of the many Quins supporters.

We have managed to speak to two players who played that day. Giles Thomas who came off with 15 minutes to go for Julian Howells remarked how it was a great day but even better night celebrating and Gareth ‘Eagles’ Evans,  our current Under 12’s coach and who’s photo is below stated it was one of his best days in a Quins shirt.

This is just one of the many successful and well remembered days of the Quins and we hope it stirs the memories of the supporters who were there or were back at the club to help with the celebrations. We will bring you more of these memories in the future. For now we will remember the class of 1999/2000 and how they took the club to the heady heights of Division One. 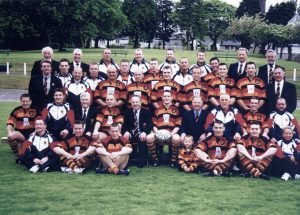 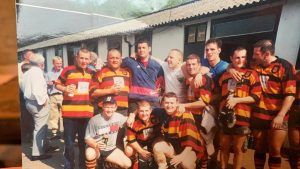