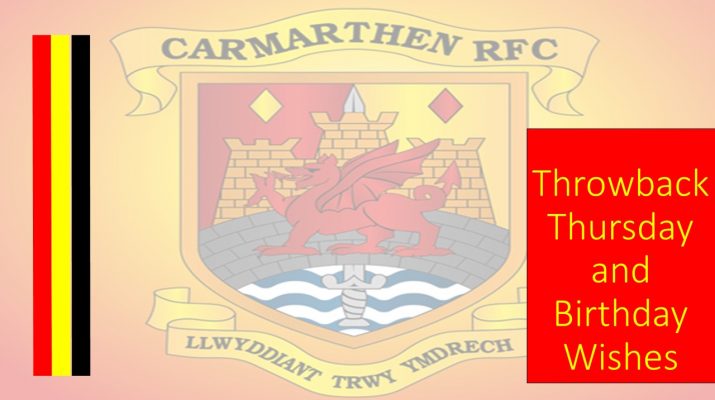 Having seen a photo posted by former England hooker and now rugby commentator Brian Moore we found that a former player and coach played in that game.

The game goes back nearly 30 years to 1982 and involved the University of Wales taking on their English counterparts.  From the programme you can see that a number of players from both sides went on to gain further honours.

In the Welsh ranks that day was a one Mr Andy Edwards. Andy featured for ourselves as well as our neighbours Carmarthen Athletic. 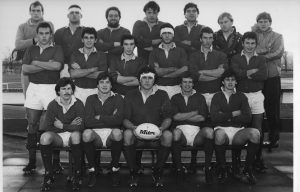 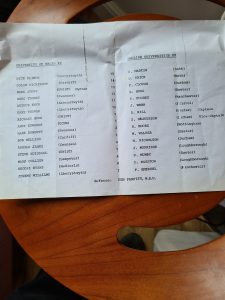 We have been told of a funny story about Andy when he was due to play against the Quins for the Athletic in a welsh cup match. The park was rammed and ten minutes before kick off Andy informed the Athletic that he had played the previous round for the college and with such a big game it was decided to pull him from the squad and call up a druids player who had just played 60 minutes over on five fields! Only cooler Andy could do that!

On this throwback Thursday we would like to wish two former players a very happy birthday. Firstly Gwyn Morgans who represented the club between 1978 and 1987 including 67 games for our firsts and also captain of the Second XV in 1983/84, Gwyn is 63 today and is often seen still keeping fit by walking regularly around Carmarthen still with the smile on his face. 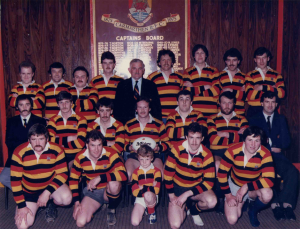 Secondly a happy 47th birthday to Kevin Beynon the youngest son of Joan and Gwilym who have provided with Quins with many Mighty Quins. Kevin represented the Quins between 1993 and 2000 playing 105 first team games and was 1st XV Captain in the 1997/1998 season Kevin is now settled in Australia with his family. Happy birthday both from us all at the Quins. 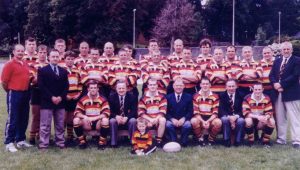 On this day in 1984 the 1st XV beat Penclawdd in a scintillating match 3 – 0 with the points coming form the trusty boot of Dylan Richards and in 1995 the 1st XV beat Tumble away 40-3.

A huge congratulations from us all here at the club on what will be Kieran Hardy’s first Six Nations start for Wales this Saturday. Kieran has pulled on the Cardinal Amber and Black Quins shirt 55 times on his journey to International Honours.

As the Six Nations continues to ramp up with the big game this weekend Wales v England we are disappointed that we are still unable to open and enjoy the occasion but we hope you will all be shouting for Wales from the comfort of your homes and staying safe.