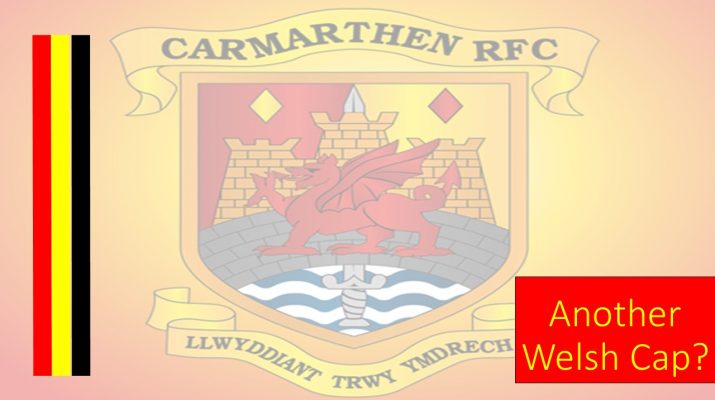 Following the announcement that Javan Sebastian was named in the Scottish rugby squad for the up coming internationals we find another one of our former players has been named in Wayne Pivac’s Welsh Squad for the upcoming games against Canada and Argentina.

Prop Gareth Thomas who now plays for the Ospreys represented the Quins between 2011 and 2014 featuring 56 times for the club, 41 appearances in the premiership, 10 in the cup and 5 friendly games. Gareth played in the 2013 Under 20’s World Championship in a squad that got to  the final where they were beaten by England. Gareth only missed one game in that tournament against Scotland but featured prominently in the other games against Argentina, Samoa and South Africa in the Semi Final.

We were lucky enough to catch up with Gareth a couple of days after the squad was announced. Here is what he had to say

Tell us a bit about your rugby journey. Did you start at mini and juniors or were you a late developer and what clubs have you played for?

Played at Newcastle Emlyn  from the age of 8 until youth and loved it there. Great club and it’s my home club. Then I  played a bit of rugby at Coleg sir gar and Carmarthen Quins picked me up and then played a few seasons there which was great. And it helped me get noticed by the Ospreys when quins played Neath at the Gnoll. And I’ve been at the Ospreys ever since.

Your cousin Steffan also played for the Quins and now with the Scarlets. There must be some banter flying about during the season?
Yes me and Steff are very close and we got our first opportunity to play against each other last month Ospreys vs Scarlets
You played 56 games for the Quins are there any that standout to you for either good or bad memories?

Only great memories in a Quins jersey its a really great club to be part of. Always enjoyed a derby against Llandovery or Llanelli.

A lot of debate goes on about the Premiership in wales but with the current squad for Wales do you think it is a good place to learn your trade before the step up to full professionalism? What did you learn from your time?
100% playing in the premiership is a great step to then go on and play professional. It’s a big step from youth rugby and to learn your trade in the premiership is key in my opinion.
How did you find out about your call up to the Welsh squad and what was your reaction?

All  the squad received an Email just before the announcement. I was very excited and proud as it meant the hard work I have put in has been recognised and I am relishing the opportunity to experience a different level of environment again.

Finally every boy and girl who is interested in rugby dreams of a welsh call up. What advice would you have for any of our budding internationals whether they are a mini and junior or a youth team player?

Commit to training, hard work and getting better every time you get a chance. And enjoy it.

We thank you Gareth for your time and we wish you well in the future and hope you can get a cap at one or more of the following games:

Again we have a young player who has come through the ranks from a club’s mini and junior ranks and we would like to thank Newcastle Emlyn for starting Gareth on a journey that we were also part of. Mini and Junior rugby is a big part of any rugby club as it harnesses the interests of children from a young age and teaches them lots of skills for rugby but also just as important it teaches them important life skills.

We are lucky to have a thriving junior section where we can give these possible future internationals the best start to their rugby career with a safe environment and qualified coaches. We do have spaces across the age groups so if you would like your child to try rugby then please get in touch via cqrfcsocialmedia@gmail.com and we will point you in the right direction.

We haven’t as yet managed to find any action pictures of Gareth but we do have him in two squad photos from the 2013/2014 season.