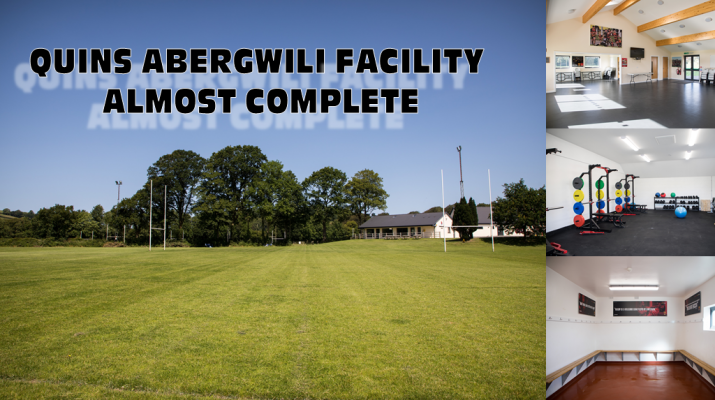 The Carmarthen Quins has now reached almost completion of its senior, youth and junior rugby facility in Abergwili.

It was in December 2016 that Martyn Phillips, the CEO of the WRU, officially opened both the new pavilion and junior field, which has four complete made to measure pitches for the younger ages.

A brand new building replaced a wooden shed, which was some years earlier the pavilion and home of the Carmarthen Wanderers Cricket Club who used the rugby pitch as their cricket field in summer with a mat as their permanent wicket. 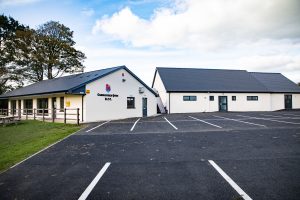 Our new pavilion now is a superb facility for any group, club or society for use for a small fee. There is a well-equipped kitchen available, ample room for meetings of up to 120 people, underfloor heating energised from a ground source heating facility, ample adjacent parking, private consultation room and free WiFi availability. 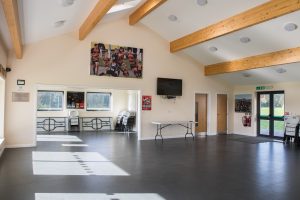 There is also a defibrillator on site should anyone be unlucky enough to need its use and for this we thank Nolan Windows their very kind and generous contribution completely free of charge.

Please contact the club secretary, Jennie Davies on 07969 617305 should you wish to possibly hire the facility at a small cost.

The club purchased the adjacent field of over seven acres in the same year as building the pavilion and despite facing some very heavy and severe financial penalties by various authorities to allow a change of use for this field to allow youngsters to play rugby on it, we somehow managed to see our ambition through.

I find it so strange and unfair that as a not for profit organisation such as our local rugby club, run totally by volunteers that we had to go to such huge expense and trouble in obtaining the permission to convert this weed and trash riddled field into an area of four pitches for young boys and girls up to the age of 12 to learn to play our national game of rugby, grow fit and healthy, play a team sport, avoid obesity, possibly burden less of the NHS in future years and avoid becoming PlayStation addicts.

However, may I thank nearly everyone one of our very dear neighbours directly alongside us in Abergwili for their superb support and encouragement in helping us achieve our objective.

We have this year refurbished our changing rooms by going from being able to accommodate two teams to being able to shower four teams simultaneously, by simply doubling the boilers capacity with sufficient hot water to do this and there are also two referee dedicated facilities.

This investment was necessary as girls are now very important and active participants in our national game and are rapidly developing some superb skills which are making women’s rugby a very popular spectator sport. Obviously, we have to provide suitable and separate facilities in the changing room area to support and encourage the female games’ growth by providing excellent facilities for this purpose. 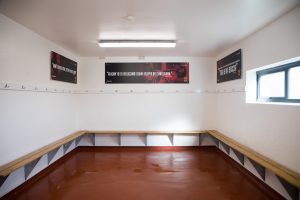 Then we decided to provide our players a new and first-class fitness and conditioning room adjacent to the refurbished changing rooms. It is fitted with all the most modern and appropriate equipment that anyone could ask for and all on a special cushion floor. 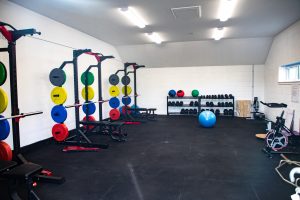 We completed the Abergwili facility by putting a final top coat of tarmac in the car par, which is obviously lined for those who can’t park. May we thank G.D Harries for their quite superb generosity in providing us with this first-class finish to our car park and say how much we are indebted to them as a company.

So, the five stages of developing Abergwili are complete with the possibility of improving the floodlights to possibly follow in about a year or two. Yet none of this would have been possible but for the support of some very kind and generous people and organisations.

Firstly, thank you to the WRU for their support grants which we will be put to the very best use by the Quins increasing participation and promoting the game in Wales. Historically, we have indeed played a huge part in developing very many players on their journey over the last few years, culminating in full international honours for many of them and we have proudly supplied Wales with three captains over the last few years who went through our very own youth system namely; Mervin Davies, Ieuan Evans and Stephen Jones who is now the National Coaching Coach system as attack coach.

May I say a huge thank you to a substantial grant received from Cwm Environmental Ltd, which are managed by Grant Scape who considered our objectives worth supporting and we are very grateful to both companies for their support.

I would especially like to thank on behalf of all the youngsters and indeed all who use these facilities you lovely people of the Q150 club, some of whom have every year since the Quins bought its present clubhouse 20 years ago given £10 a month to its monthly tote draw and as a result raised approximately £360,000 for the club over the 20 years with about £138,000 being returned to those lucky monthly winners, with the addition of little perks and various seasonal gifts included.

This has left the club with approximately 222k, which equates to about £11,100 nett per annum over the 20 years the Q150 scheme has been running.

You lovely and generous people have enabled the club to have so many facilities that are absolute essentials with such examples as the lift and its maintenance, the cooker, boiler, curtains, carpets, furniture, televisions, CCTV and many other items that need replacing and maintaining.

However, the Abergwili contribution you have also made is enormous and please go and see where it has been invested alongside the other funders previously mentioned.

After the World Cup we will be having an official opening in Abergwili, hopefully where a very distinguished guest will open the showers and fitness room, so please try to make the occasion. The date will be posted on the Carmarthen Quins website shortly but will be held after the World Cup Final.

Thank you all for the contribution you have made in the success of the mighty Quins and just remember it is your club and you own it.