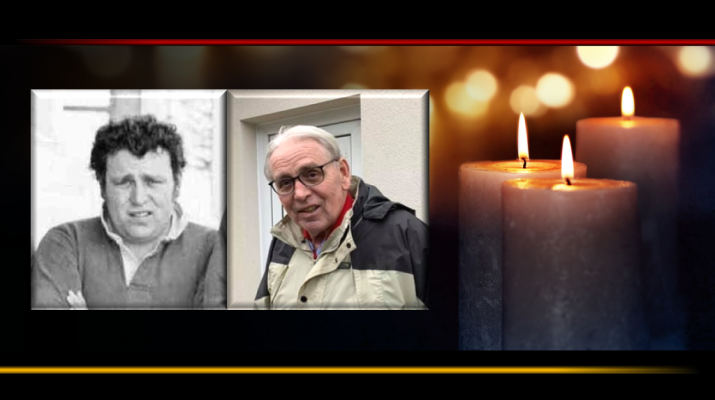 It is with much regret and sadness that I report the death of former Quins player, Mr Andrew Barnett at the age of 78.

Andy represented the Club during the 1960s and 1970s during the heyday of the West Wales League and the Llanelli and District League.

His uncle, Jack Barnett had turned out for the Quins during the 1930s and 1950s.

He turned out for the 1st XV on 51 occasions and such was his versatility that he played at full back, centre and outside half as deemed necessary.

However, bare statistics mask the fact that he was a most accomplished footballer with a safe pair of hands, a great reader of the game and a prodigious kicker of the ball, both out of hands and of penalties. He was as fine a place kicker of the ball as there was on the West Wales circuit at this time. At a time when rugby balls were unlaminated and absorbed the rain and mud and of course, there were no tees on which to place the ball.

He adopted a Corinthian spirit to the game, loved playing whether it was for the 1st XV or the 2nds. His attitude to the game was that it was meant to be enjoyable and aprés games were as much a part of the rugby scene as the game itself.

He had been a huge talent having represented Carmarthen & District Schoolboys, Queen Elizabeth Grammar School and Trinity College, Carmarthen where he was a contemporary of a certain Barry John.

During his first year at Aberystwyth University he was denied a place at centre for the 1st XV due to the presence of John Dawes.

I remember an occasion on the golf course in Rhydymarchog when he and I were playing. Derek Rees, another former Quins stalwart, shouted across to Andy from an adjacent fairway.

“ What weight were you Andy, when you played outside half for the Seconds”.

This at a time when a 15stone prop was considered big.

Even at that weight he was the most naturally  gifted player in the team.

To his family, friends, the Club extends its deepest condolences.