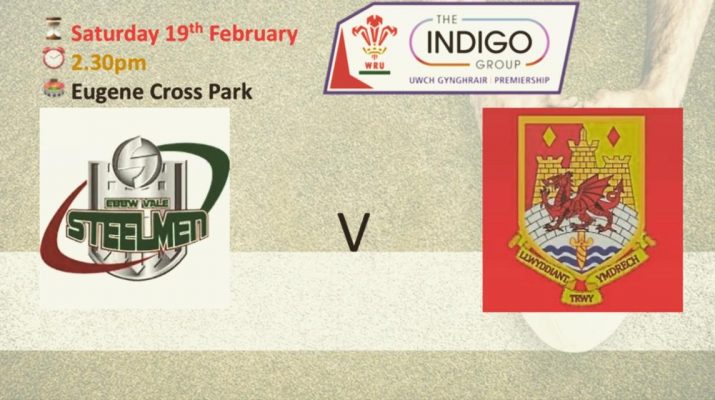 With a period of inactivity due to the commencement of the Six Nations the Quins finally get back to action with a tough visit to Ebbw Vale this coming Saturday. In a stop start season the Quins currently find themselves second in the table while Ebbw Vale are 10th in the table with one win from three but this counts for nothing in an uncompromising league and the Quins know they will have to be on their guard against a good home side.

In the recent statistics released on the WRU website the Quins players are prominent in some areas. Steffan Marshall is 4th on the kicking points board with 25 and success rate of 79%, Lewys Millin is 3rd on the carries list with 40, Leon Randell second on the defenders beaten board with 11, Gethin Davies second with 14 tackle assists closely followed by Torin Myhill with 13 and Lewys Millin again is 5th on the Turnover board with 18.

With the remnants of Storm Eunice likely to be about tomorrow it is likely not to be an expansive game from both sides who will look to protect the ball in wintry conditions.

Your Match Day 23 Mighty Quins are: 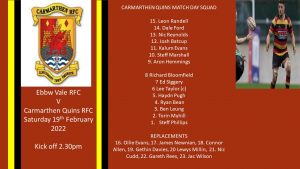