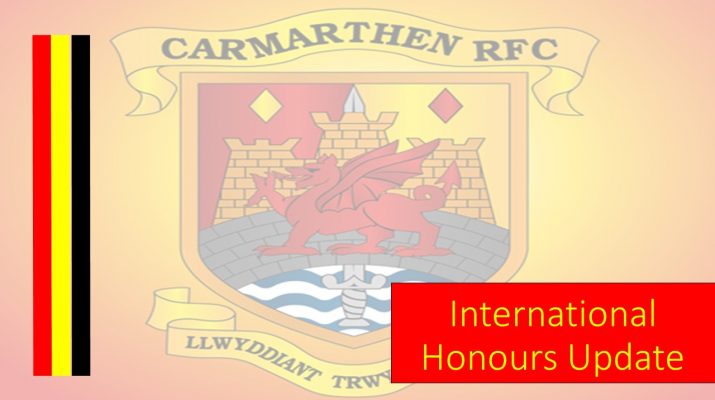 Following yesterday’s announcement that Javan Sebastian has been named on the bench when Scotland take on Japan in the last of the Autumn internationals we thought we would take a look at the players involved in this weeks Autumn Internationals who have worn the Cardinal, Amber and Black of the Mighty Quins.

First up we will look at potential new cap Javan Sebastian. Over the years he has  been a loyal Quins player and has joined the unique club of players who have played over 100 games for the 1st XV. To date he has appeared 110 times in Quins colours and is also not averse to scoring tries having amassed 12 tries during games for us. We wish Javan all the best tomorrow and hope you can become the next International Cap for us and join an already long and distinguished list.

Naturally we move to the Welsh Squad where there are 4 players involved who have worn the Quins Colours.

Gareth Davies has played for the club on two occasions scoring a try in one of the games. Gareth is in direct competition at Club and Country level with another former Quin Kieran Hardy and it is some battle between them with both offering different skills. We hope Gareth comes off the bench and adds to his cap tally.

Rhys Priestland has represented the Quins 6 times and after a sabbatical over the bridge at Bath Rhys has now returned home, well almost home and is now plying his trade with Cardiff. Its great to see him playing at the top of the game with his confidence back and again we hope you come off the bench and to your caps.

Gareth Thomas another prop and relatively new to the International scene represented the club on 47 occasions but has now gone east over the Loughor bridge and plays for the Ospreys.  We hope you add to your cap tomorrow Gareth against Australia.

Last but not least is Ryan Elias who played for the club 44 times and is now at the top of his game and paying well. A strange situation to be in fighting it out for the hooker spot for club and country against another Carmarthen boy Ken Owens (who incidentally played one game for the Quins) but we are sure there is some good humoured banter flying about between them.

The club prides itself on development not only within the club from mini and junior rugby but via the Youth and 1st XV where again we see the experience of playing in the premiership has helped individuals gain international honours and hopefully another one to add to that list.

Aside from welsh caps the club has had internationals from Samoa, Tonga, Fiji, Canada and England. The all time list of internationals can be found on this link.