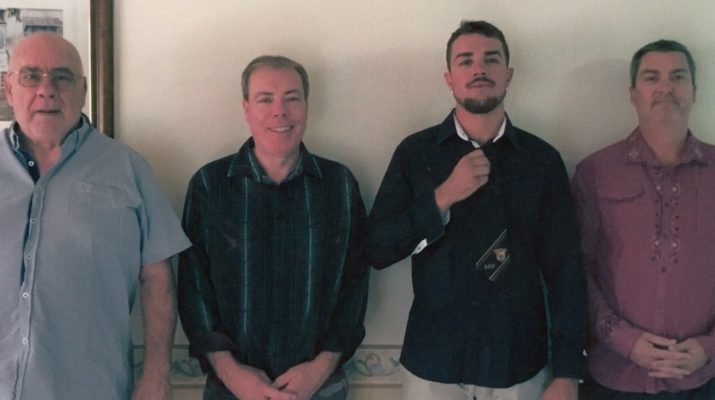 I received an unexpected email from Mr David Connelly on the 13th December 2018. He lives with his family in New South Wales, Australia.

David explained that he was the great/great grandson of Derwent Norton. Having seen our captain’s board on our web site, he was keen to alert me to his link with such a special person in our club’s 145 years of rugby history.

David has researched his family history both in Australia and Wales. I am pleased that he has already shared a great deal of that information with me. I intend to include in our “History” section on our web site a detailed account of my own and David’s knowledge of the Nortons who, in the middle and late 1800’s, were a very influential family in Carmarthen. Derwent also had other brothers who both played and took part in the organisation of the then Carmarthen Wanderers Football Club.

The fact that Derwent emigrated to Australia in 1879 confirmed my suspicions that not all the entries on our Captains Board completed in 1974/75 were in fact very accurate. In the list compiled then, Derwent was included as the team’s captain in the 1881/82 season (he did captain the team in the 1875/76; 1876/77 & 1877/78 seasons and it looks as if he left for Australia in his final season as captain). He therefore, could not have been the captain for the 1881/82 season.

Derwent’s brother Talbot had by the 1881/82 season become a key member of the team and I intend to change the Captain’s Board to show that it was Talbot who was the captain for 1881/82 and not Derwent. (I have yet to come across a newspaper report that can verify any of this as very few reports can be found for that season).

The photograph shown here sent to me by David shows from left to right:- his father Gordon; brother Lawrie; nephew James and David himself.

The tie James is displaying in the photograph is one of the club’s 100 + appearances ties which I sent to David as a mark of appreciation for getting in touch with us and as a small gesture in regards to his relationship with Derwent Norton.

Many thanks David and I am sure we will keep in touch.