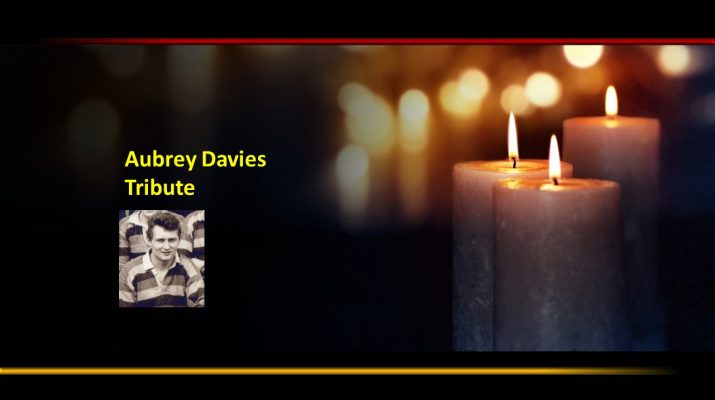 The Club were saddened to hear of the death of former outside half, D Aubrey Davies who represented the Club from season 1965/66 until 1972/73.

In total he played 92 times for the 1sts XV during this period.

He was a stylish, preternatural footballer capable of brilliance .

He was educated at Queen Elizabeth Grammar school , Swansea University.

He played for an outstanding Swansea University side in the mid 60s that won the UAU title at Twickenham.

He appeared in the losing Quins side that lost in the Final of the WWRFU Cup final at Ammanford to the outstanding Pontardulais side.

In addition to his prowess on the rugby pitch Aubrey was an outstanding cricketer turning out for Radley in the Central Lancastshire League when he taught in the Manchester area.

He was also a very good golfer , a single figures handicap player who recently enjoyed his golf at Machynys, Llanelli. In fact he had been playing golf as recently as six weeks ago.

To his widow, and Gareth, his son and family, the Club extends its deepest condolences.