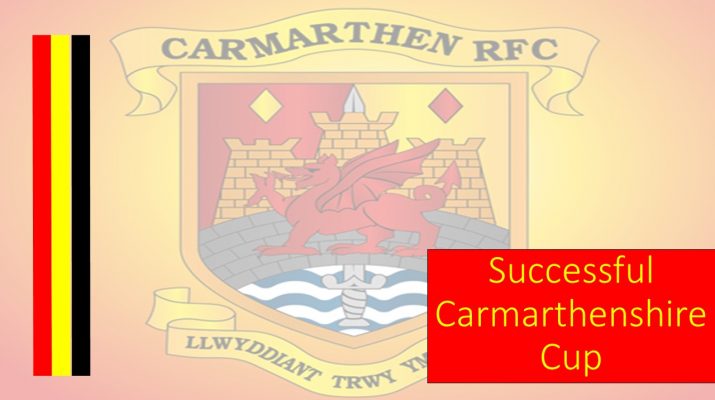 Sunday April 10th 2022 is a day  that will live long in the memories of many of the Quins Junior Teams. It was of course finals day of the Carmarthenshire Cup and four teams of the Quins had made the their respective Cup Finals.

First up were the Under 12’s who had battled their way to the final courtesy of victories over Llandovery 12pts to nil, Penybanc 53pts to nil and Felinfoel 22pts to 5pts. They took on a much bigger Newcastle Emlyn team who had beaten the Quins earlier in the season. In a tight contest the Quins took the Lead but their opponents soon exerted their physicality and scored four tries of their own and with the Quins team down 22pts to 12pts with 8 minutes to go many were forgiven for thinking it was game over for the Quins. This however, was not the case and through some slick hands and fancy footwork  the Quins pulled off the great escape and with a last minute converted try they won the game 26pts to 22pts. The scorers for the Quins were Tries: Ioan James, Louie Thomas, Jac Johnson x2 Conversions Macs Hastings x3.

It really was a team effort and the squad can be justly proud of their exploits and endeavours that have brought this success. The squad will now move on to the Regional Finals at Parc y Scarlets on 15th May.

The team are extremely grateful to

Wayne Morgan Plastering and William Hunter for the kind sponsorship of Cup Final Warm Up T shirts and post match Shirt and Ties. The items were turned around in quick time by

Conquer Teamwear https://www.facebook.com/ConquerTeamwear/ for the ties and

RCS Teamwear  https://rcs-teamwear.com/ for the warm up t-shirts.

Other sponsors for the season are 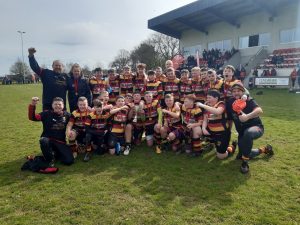 Next Up were the Under 13’s who took on Amman United. The Under 13’s have had a terrific season and getting to the final was just rewards for their endeavours. The got to the final courtesy of victories over Carmarthen Athletic 10pts to 5pts at home then travelled to Llandeilo and really put their marker down as title contenders with a 59pts to 12pts victory. In the semi final they travelled to Burry Port and despatched the home side 35pts to 7pts.

In another free flowing game that was end to end and a great advert for rugby the Under 13’s scored tries from Gruff Collier, Harry Wrigglesworth, Rhodri Rees, Gwion Evans and Elis Jones with Gruff Collier chipping in with 3 conversions to secure another Cup for the Quins with a 31pts to 22 victory. 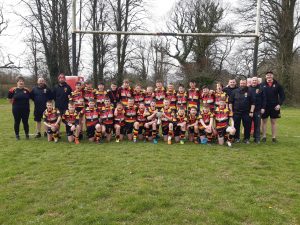 Whilst the Under 14’s did not make the Finals day in Llandeilo the squad can be extremely proud of their efforts in what has been a horrendous season with several players sustaining nasty injuries that have hampered preparations for the big games.

The Under 14s started their cup journey with a 52pts to nil victory against Bynea before bowing out to eventual cup winners Newcastle Emlyn in the Quarter Finals. They then took their place in the Plate Competition where they got to the semi final of the plate beating Tumble 21pts to 15pts in the preliminary round and beating Pontyberem 36pts to 5pts in the Quarter Final before losing to the eventual plate winners Amman Utd.

The Squad can be rightly proud of their endeavours in a tough season and we know that the payers will regroup and recharge over the summer they will come back better for the experience.

The group are extremely grateful to their sponsors this season for their welcome support: 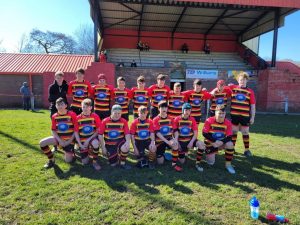 Next up on finals day was the Under 15’s who were aiming to add to their cups having won the Under 12’s cup before Covid stopped any other competitions. In another game that showed the true spirit of rugby with both teams coming to play there were tries galore on the field from some outstanding play brought about by great team work combined with individual flair.

The team are extremely grateful to the following sponsors 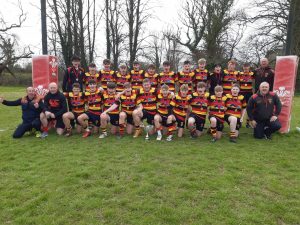 The final game of the day was our Under 16’s who took on Llandeilo in front of a loud crowd with many Quins Supporters staying to lend their support in a game that was in effect a home game for Llandeilo.

In a season where there have not been many Under 16s teams the Quins found themselves in the final following a 17pts to 14pts victory away to Tumble in the first round and then a pulsating semi final against Carmarthen Athletic where the Quins squad dug deep and with literally the last play of the match they drove over for a try to take a 17pts to 15pts victory against the old rivals.

In a pulsating final where the Quins gave their all it really could have gone either way but the home sides luck held out and they squeezed the young Quins team out 29pts to 17pts but the Quins team can hold their heads up high on the performance they gave in the final. Tries were scored by Gruff Williams x 2 and Finn Gough with Elis Price kicking one conversion.

The Under 16’s are grateful to a raft of sponsors who have supported them throughout their last year in Junior rugby: 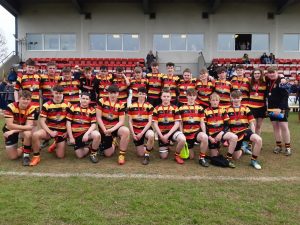 The work that has gone in to preparing the 5 sides for cup rugby has been immense but all coaches are rightly proud of the endeavours of each team and as a club we are proud of the coaches and players for the work they have done contributing to the club  that is continually developing.