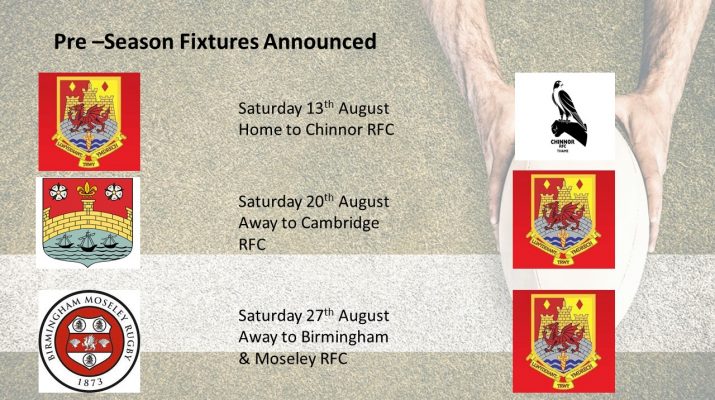 We are please to be able to announce our Senior XV’s pre-season fixtures for the coming season. Its all opponents from the English National League 1 for us this year.

First up we welcome Chinnor to the park on 13th August. Chinnor based in Thame, Oxfordshire currently play in English National League 1 where they finished a respectable 7th position last season winning 12 games, Drawing one and losing 15. It will be great to meet old acquaintances having made the journey to Chinnor last year. A warm welcome awaits all players, coaches and supporters.

Next up we head to Cambridge on 20th August who finished 4th in the league last season. Some notable former players are Dickie Jeeps of England and the British Lions and also Alex Goode.

Our final fixture on 27th August is an away trip to Birmingham and Moseley. There are a raft of players who have turned out for the club who have gone on to win international honours so very much like the Quins it is an important developing club.

We hope that as many of our supporters will at the very least head to the Park for the first game and of course any travelling support will also be welcomed.

We will bring you final squad news as and when it is finalised.