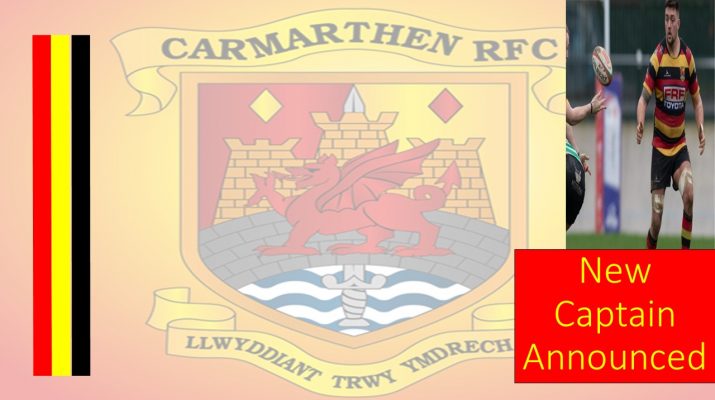 We are delighted to announce that Lee Taylor will be the Club Captain for the 2021/22 season. Lee has been with the club since 2014 and is one performance shy of his 150th  appearance for the club. Twenty six year old Taylor is a highly respected member of the squad having played for Wales U20 and Scarlets U18, U20 and A Teams who has captained the team on match days previously.

Lee Taylor said ‘I was delighted to be asked and after an initial discussion I was really keen to take the role to lead the group. We have an excellent squad and I see my role as just keeping everyone honest as we have experience and talent in abundance. I can’t wait to get started and get back out playing. This season promises to be a bit different but lets get out there and see where we go’.

Steff Thomas – Rugby Manager said ‘We are delighted to have someone of Lee’s quality and experience to captain the team. A tough, cool head, with 149 games under his belt for the club so far, with great leadership skills, he certainly was the standout choice. We have worked to nurture future captains and Lee was one who took the role in his stride. Everyone is buzzing at the moment with a new season and a new captain to lead us’.

We will bring you more squad news over the course of the next couple of weeks.