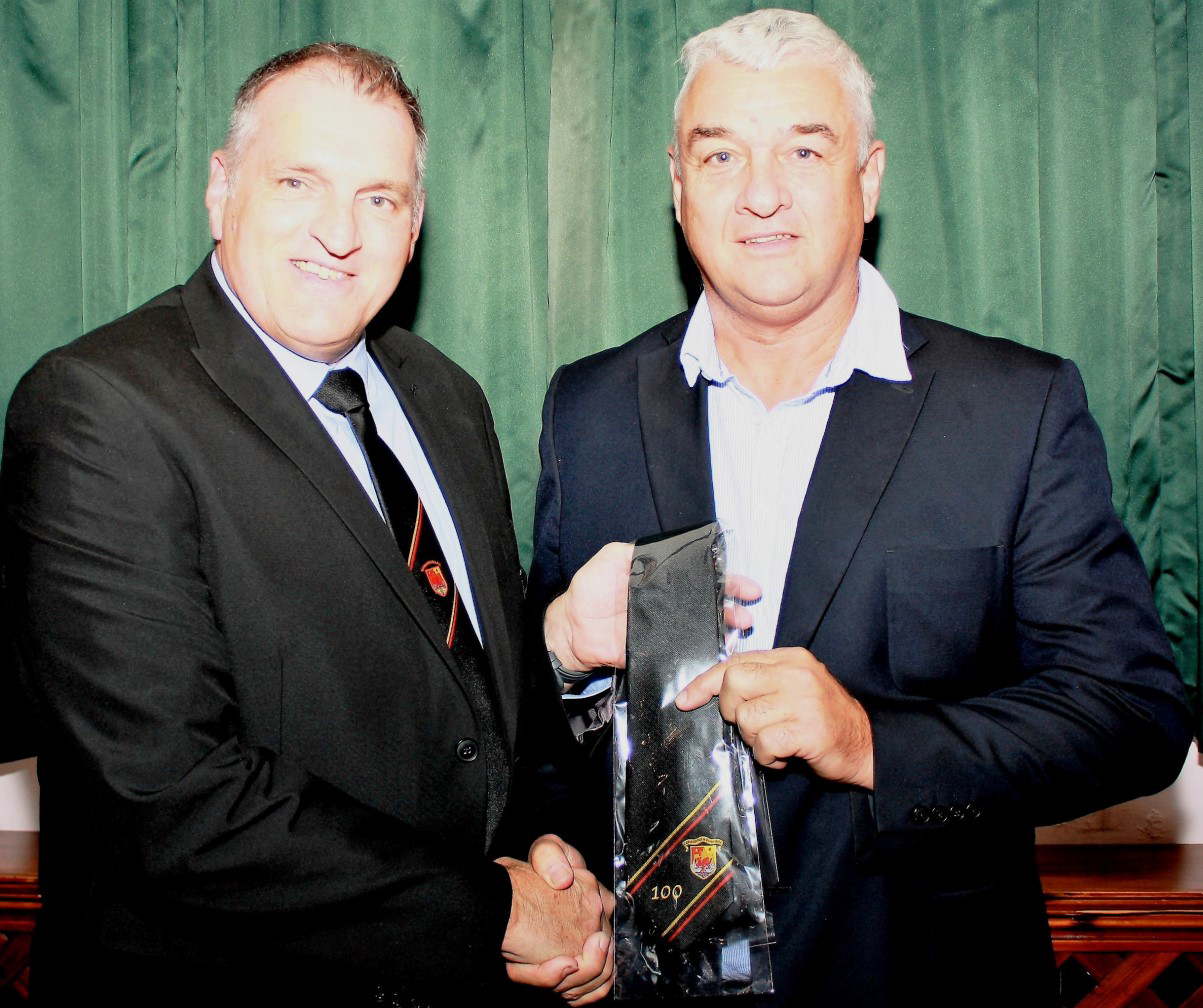 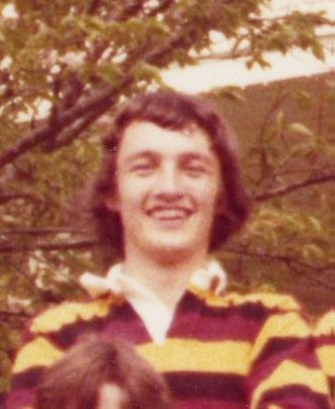 Richard pictured on the right in Quins Youth colours when he played in the Youth team that won the Welsh Youth Cup, Llanelli & District Cup & League in the 1976/77 season. Jeff Davies, Club Chairman presenting Richard with his 100 + appearances tie at the club on the 7th October 2017.