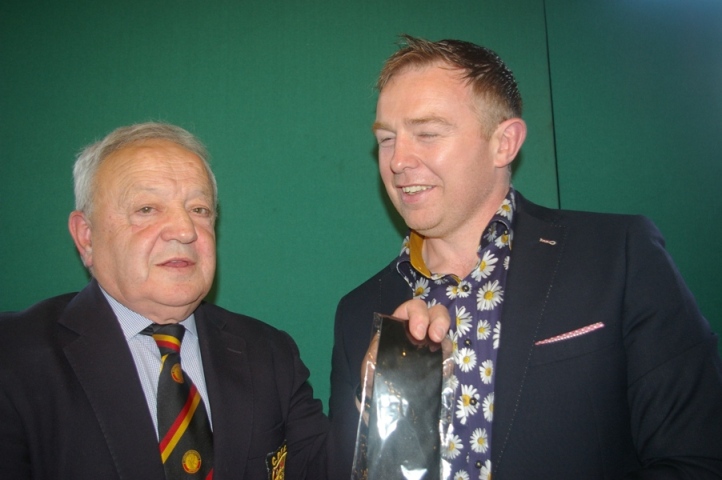 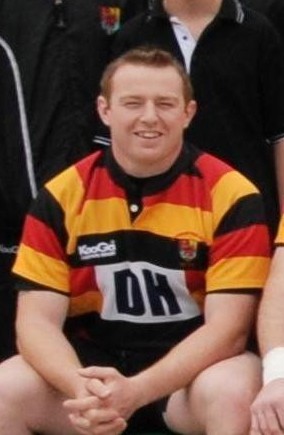 Kevin played as a prop forward and made 140 appearances for the Quins 1st XV. Kevin (above), being presented with his 100 + appearances tie by Brian Jones, Quins Committee at the clubhouse on the 12th May 2018. Presentation Photograph taken by Hugh Thomas.