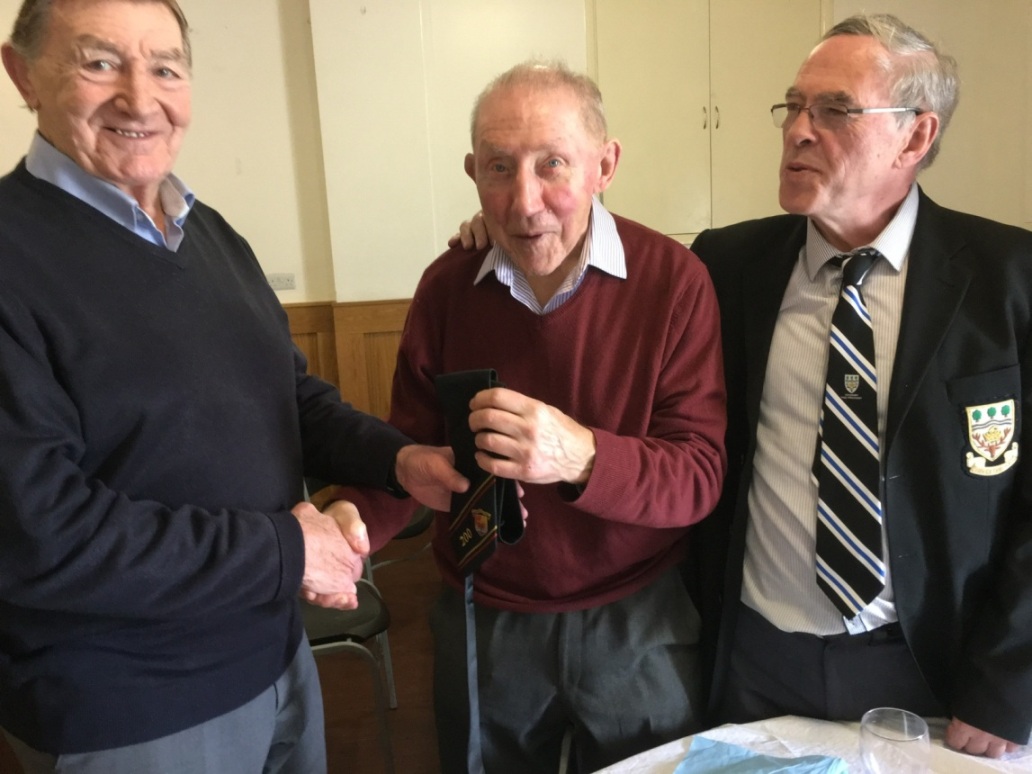 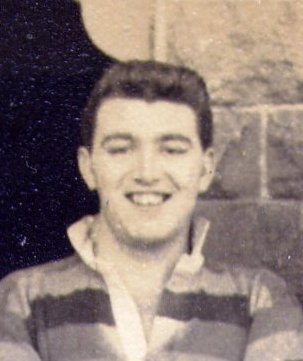 John played mainly as a Number 8 for the Quins 1st XV making over 200 appearances between 1951 and 1958. John, now in his eighties, lives with his wife Ann in London.

Officials of his local rugby club Chingford RFC (above) presenting the 200 appearances tie to John on behalf of Carmarthen RFC.

Born in Gravesend Kent on the 4th August 1933, John moved to Carmarthen and was educated at St. Marys RC Primary School and Q E Grammar School for Boys where his rugby career started. After leaving school, he played for Carmarthen Athletic RFC then for Carmarthen Quins.

Then followed National Service where he played for his squadron in England and Germany. In 1959 he joined the London Metropolitan Police Force playing for E division and MPRC 1st XV. Also the British Police and Kent. When he finished playing he coached the team for a couple of seasons. When he finally hung up his boots he became a supporter of our local club Saracens.

He is now an ardent armchair viewer of every rugby club in the world that appears on TV!!! He is of course a passionate supporter of Wales and so is our son despite having played all his rugby in England!