Derrick is 15th on the Quins list of most appearances having played 252 games for the 1st XV during his nine seasons as a left wing. Derrick being presented with his 200 tie by Dorian Taylor, Quins Committee. 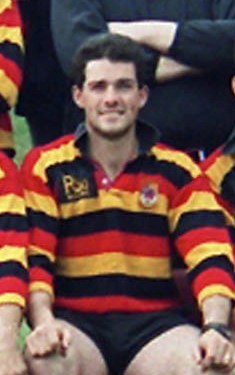