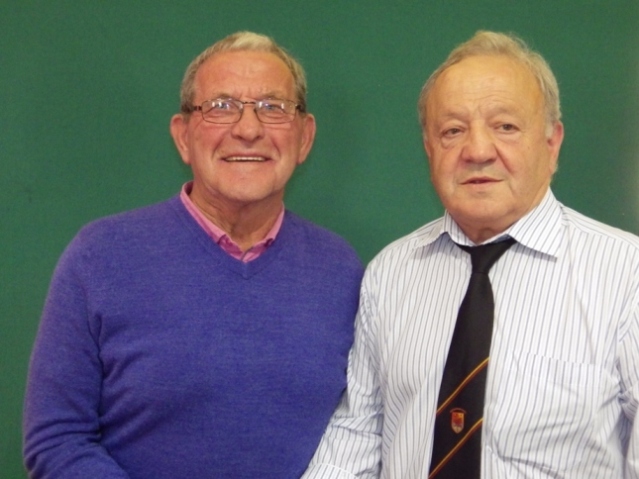 Brian played a total of 111 games for the Quins 1st XV and most of his appearances were at full-back. Brian (above) being presented with his 100 tie by Brian Jones, Club Chairman.

Brian played 11 games for the 1st XV whilst still a Youth XV player (1962/63) and appeared regularly during the 1963/64 & 1964/65 seasons. However, we do not have playing records prior to 1965 so cannot establish the exact number of games he would have played in those two seasons. His first ‘known’ game for the 1st XV was on the 2nd September 1965 at home to Kidwelly.

To all the players who played with him he was rock solid in defence in his Full Back position and in one game paid the price for his courage with a serious shoulder injury. He still came back to the game after needing surgery and after a long period of rehabilitation.

Played his last Quins game on the 29th September 1975 again at home to Kidwelly.