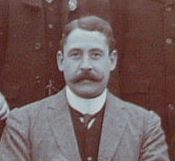 Mr. C. Haydn Williams had been throughout his life a prominent figure in his native town of Carmarthen. He owned the business of Phillips, Williams & Co. Importers, Blenders and Bottlers of 7, King Street, Carmarthen which was then the main agent for West Wales.

Mr. Williams was elected to the Carmarthen Town Council in 1897. He was a member of the Council for a number of years. In the early 1890’s, he became the honorary secretary of several local organisations such as: – Carmarthen Dog Show; Agricultural Show; Gun Club; Towy Regatta and the town’s Cricket Club. He was also secretary of the old sports committee who had run the last sports event held on the cinder track at Carmarthen (now the Penllwyn Park area). He then, along with Mr. A. L. Jones, became the joint secretary of the Carmarthen Sports and Attractions Committee which was created following the laying of the new concrete cycle track in the Park. The new track brought the world’s best cyclists to Bank Holiday events which attracted a large number of spectators. In September 1901, the Committee presented him with a gold combination sovereign purse and match box in recognition of his services.

He had always been a lover of sport and in his younger days he played for the Old Carmarthen Cricket Club. When at the Queen Elizabeth Grammar School he captained both the school’s cricket and football teams.

Mr. Williams was a prominent Free Mason in West Wales and had held a number of high offices. He was Master of the St. Peter’s Lodge Carmarthen in 1903 and was one of the two oldest surviving Past Masters of that lodge. He was one of the founders and the secretary of the then newly formed Caerfyrddin Lodge, Carmarthen and had passed through the chairs of the Merlin Royal Arch Chapter and the Rose Croix Maridunum Chapter. He was also Past Grand Warden of the Provincial Grand Lodge, Western Division. He had filled the chair in the Mansel Mark Lodge for three years and was also the oldest living Past Master of that Lodge.

Mr. Williams died in January 1929 aged 60 years being survived by his widow and married sister. 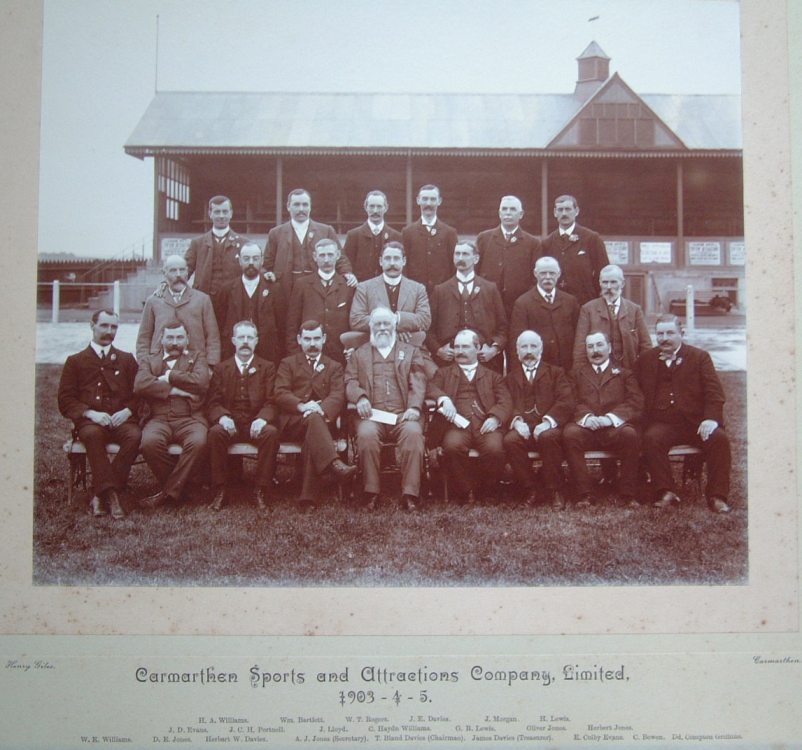