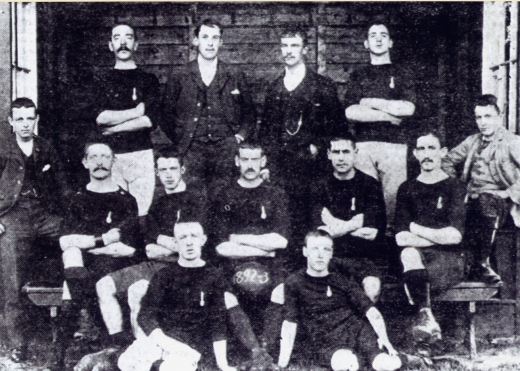 Extract from the Carmarthen Journal 5th August 1927 –  “Above we reproduce a photograph of the Carmarthen Wanderers, a team which played at the Football Tournament held at Pembroke Dock on Good Friday 1893, when they carried off the prize. The players, nine in number, are seen wearing the medals which they gained on that occasion. Mr. D. G. Jones, Little Water Street acted as reserve, the others present being supporters.