Has yet to be presented with his 100 + appearances tie 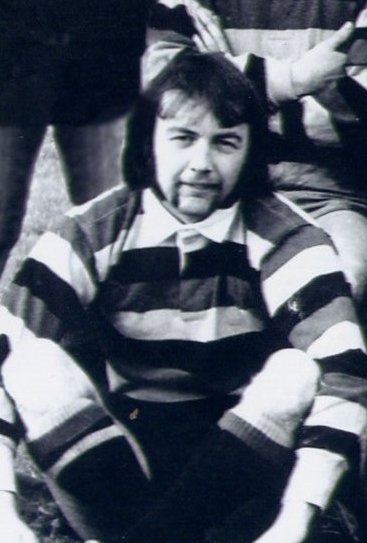 Colin is one of four “Tycanol Farm” brothers (Daf, Delme & Leonard) who turned out for the Quins Youth XV with all four going on to play for the 1st XV.

Colin played his first game for the Quins 1st XV at home against Cwmllynfell on the 20th September 1969.

He was a versatile player equally comfortable at Outside Half, Centre or Full Back.

Along with his 12 tries and kicks at goal he had a total of 129 points during his Quins career.

After his playing days he went on to become a well respected West Wales Rugby Union referee and later a referee assessor.

One of his many “Claims to Fame” came in the club’s Centenary Season 1974/75 during the club’s successful tour to Germany as guests of the 22 Light Air Defence Regiment. Before the kick-off in the first game against an Army XV, he took the Quins players to the centre of the field and led them to an impromptu performance of the famous “Haka” in front of some amazed onlookers!

Colin played his last Quins 1st XV game at home against Llangennech on the 24th October 1992. He was there as a spectator but went on to help out as a substitute following an injury to one of the flankers.

Colin has yet to be presented with his 100 + appearances tie.