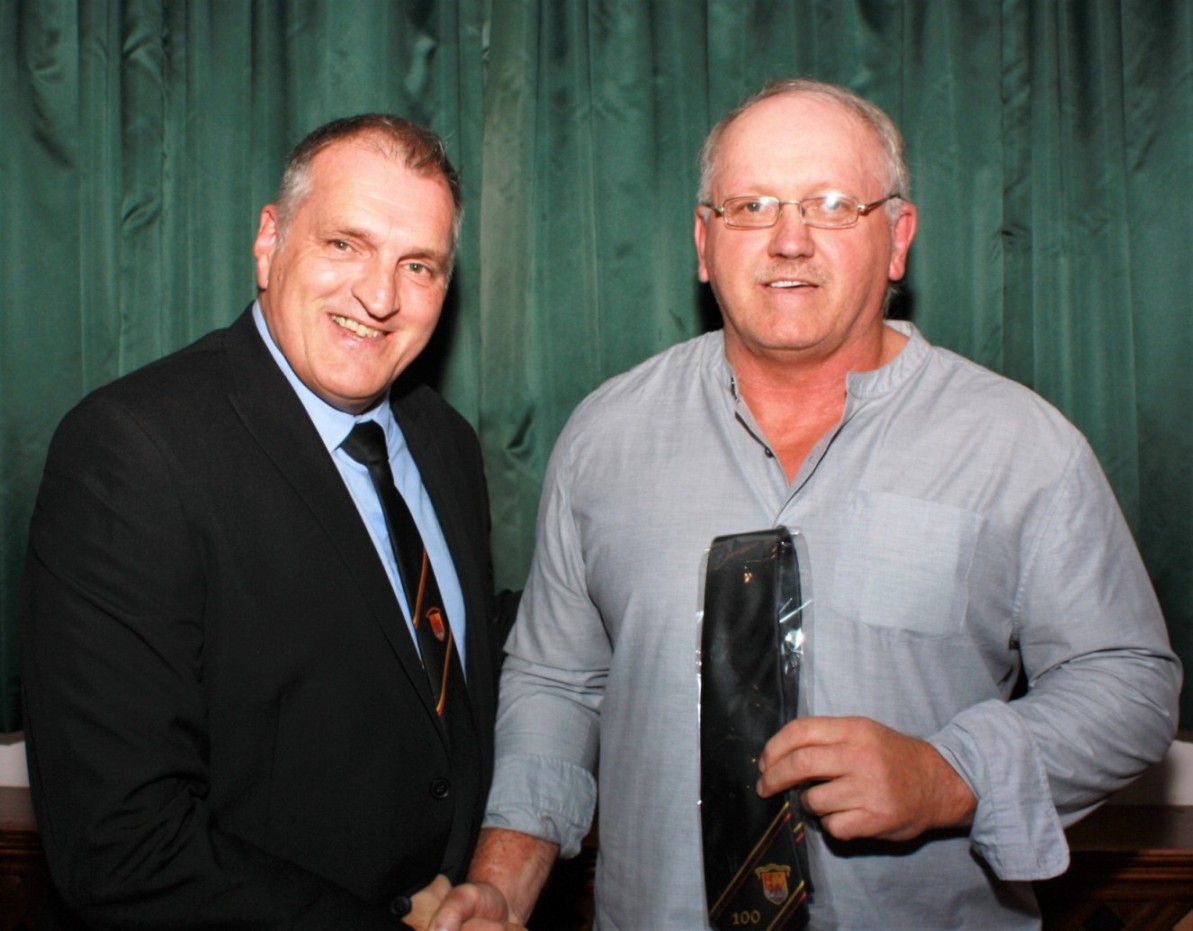 Peter being presented with his 100 Quins Appearances tie by Jeff Davies, Club Chairman on the 7th October 2016. 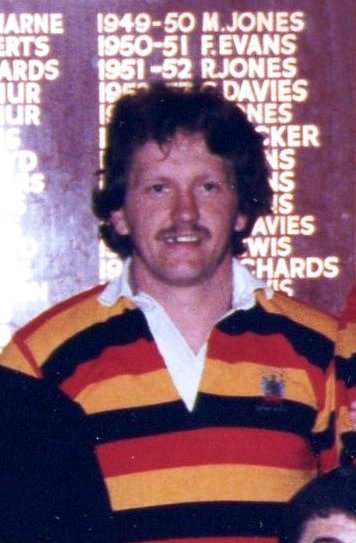