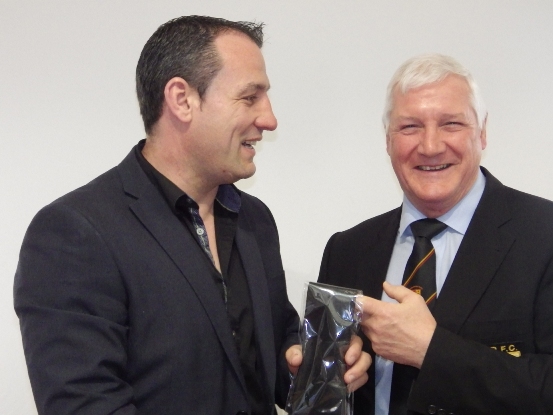 Emyr played for the Quins 1st XV both at scrum-half and at centre. He made a total of 279 appearances and has the record of being the player with the fifth highest number of appearances. Emyr, above, being presented with his 200 + tie by Dorian Taylor, Quins Committee at the clubhouse on the 2nd April 2016. 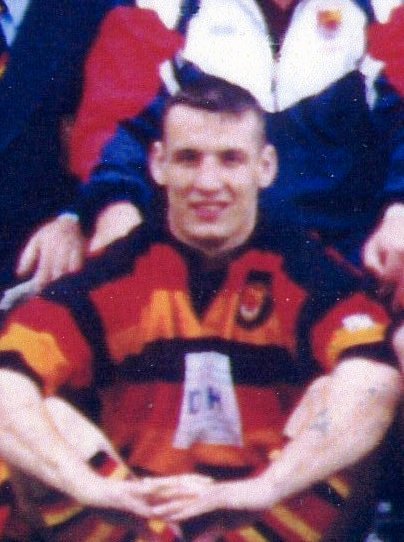