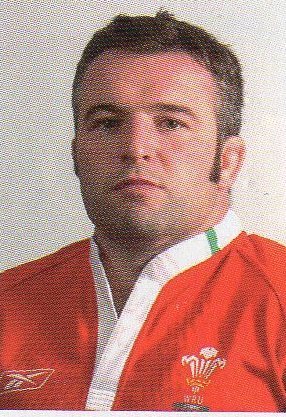 (Photograph by kind permission of the Welsh Rugby Union)

Played his first game for Wales against South Africa in Cape Town on the 8th June 2002.

Has scored 10 points for Wales.