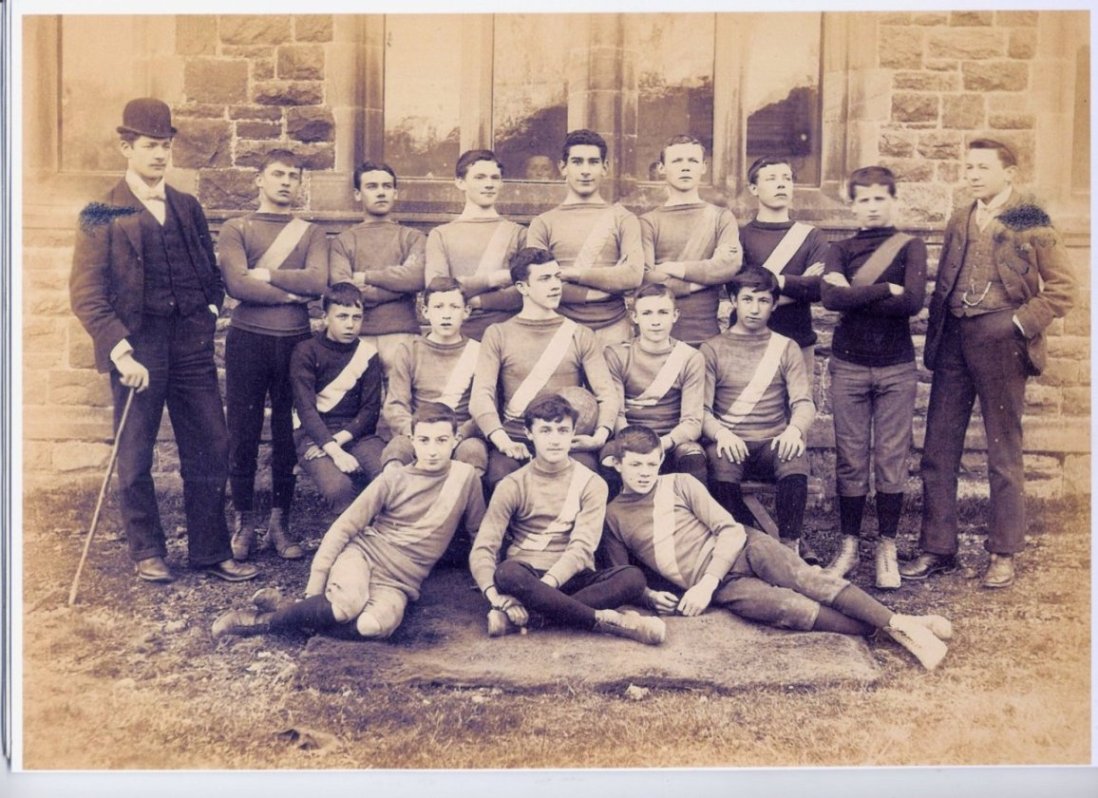 The Carmarthen Wanderers Football Club (re-named Carmarthen Harlequins Rugby Football Club in 1911/12), played during the 1880’s in a black shirt which had a white band going from the right shoulder to the left hip. The youngsters in this photograph have a lighter coloured shirt but with a band from left to right. The Grammar School rugby XV played in a dark shirt displaying a skull and crossbones on the player’s chest. Could the players in this photograph be a Carmarthen Wanderer’s junior team? There are no names with the photograph which makes it difficult to be certain which team they played for.

Newspaper reports in both the Welshman and the Carmarthen Journal from 1875 to the late 1920’s mention numerous teams within the Carmarthen area, some of whom may only have played a handful of games. They were: – Carmarthen Wanderers Football Club who, as mentioned already, later became known as Carmarthen Harlequins. The Harlequins also had a Thursday’s XV for several seasons and had a full fixture card as most rugby clubs also had a Thursday’s team. This allowed those who worked every Saturday to be able to play competitive rugby on the Thursday which became their day off from work.