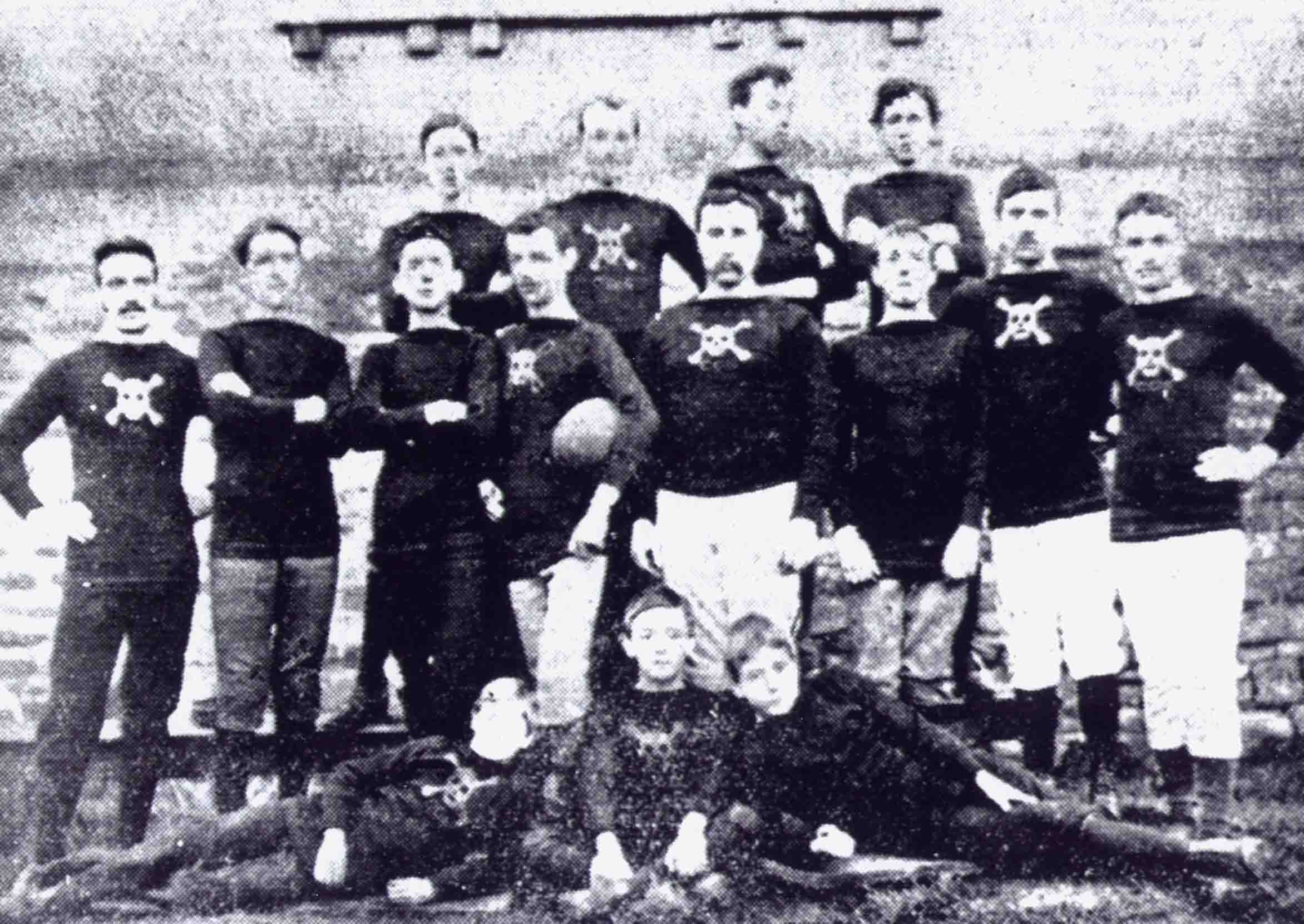 “The above is a reproduction of a photograph of the Carmarthen Grammar School Rugby Team, 1881 – 82 kindly lent by Mr. John Jenkins, of “Allmor,” Johnstown, Carmarthen, who is included in the group. Two of those named below have since become famous, viz., Sir Ewen Maclean and Sir Donald Maclean.  The names left to right are:-”