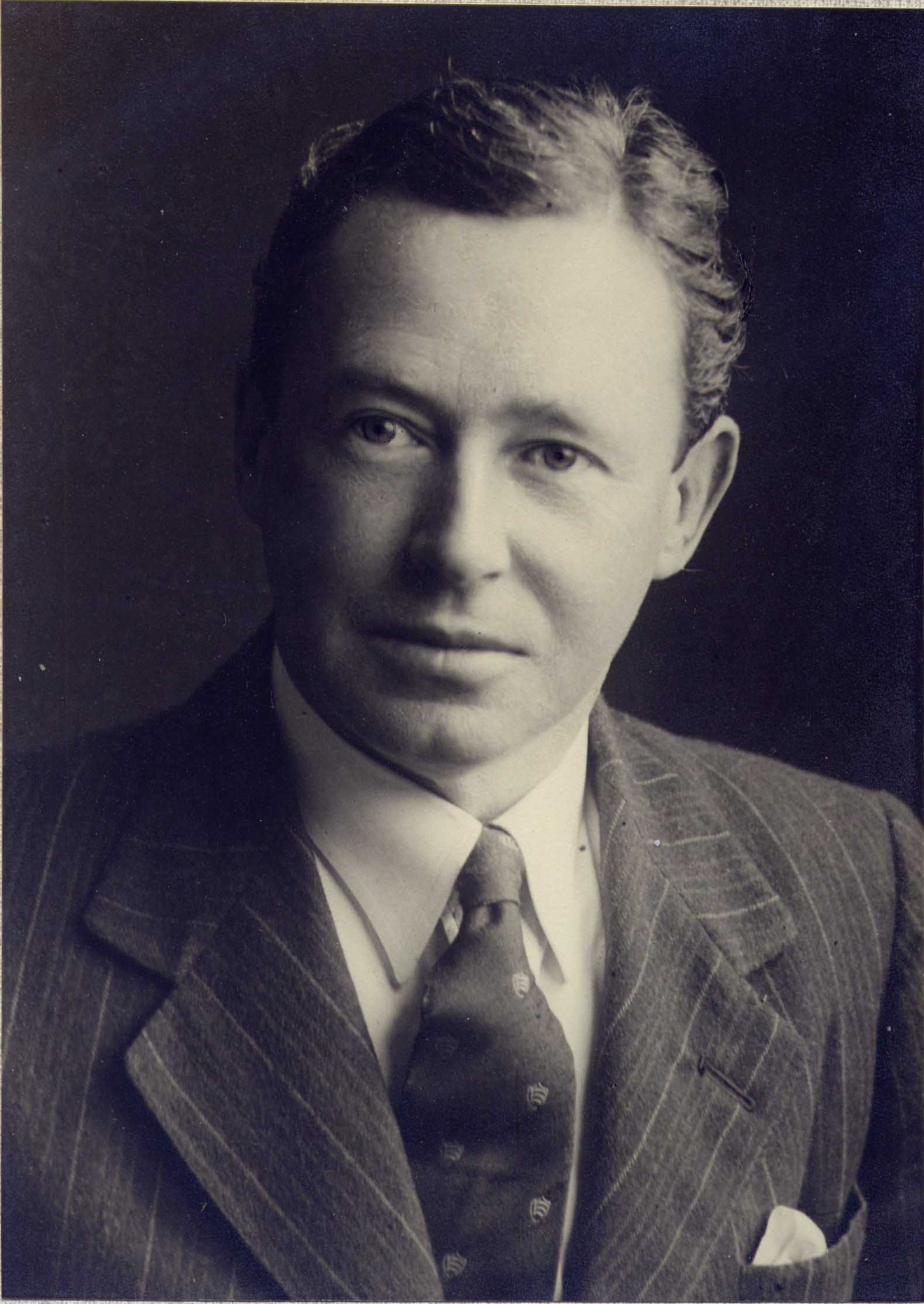 Dr Jones-Davies was born on the 4th March 1906. He was the eldest son of Henry Davies and Winifred Anna Jones. His father was a farmer and agriculturalist who farmed at Glyneiddan, Nantgaredig and his mother was the sister of the great 19th Century Welsh politician Tom Ellis of Bala. He himself farmed at Glyneiddan after his father’s death taking over a renowned milking herd of Friesian cattle and a stable of breeding Welsh Mountain Ponies. Dr Jones-Davies was educated at Queen Elizabeth Grammar School Carmarthen; St George’s School Harpenden; Gonville and Caius College Cambridge and St. George’s Hospital London. He was awarded the degrees of M.A. and M.D. (Cantab) and F.R.C.P. and D.P.H. (London). Dr Jones-Davies married Nesta, the only daughter of Dr and Mrs Hector Jones of Maesteg in 1938.

After serving for some time as an assistant medical officer to London County Council, he was appointed in 1938 as medical officer of Health for Radnorshire. During World War 11, he served as an officer in the R.A.M.C. and was later appointed a consultant physician, primarily as a heart specialist, at the West Wales Hospital in Carmarthen (which was that time made up of several army barracks). Dr Jones-Davies held this position for ten years until his death in 1960.

Having spoken to people who knew Dr Jones-Davies, I’m told he was regarded as an exceptionally gifted doctor with an outstanding ‘bedside manner.’ He was known for having an uncanny ‘sixth sense’ for diagnosing difficult and obscure cases. He was also known for going the ‘extra mile’ for his patients often fighting their causes when all seemed lost, especially for miners who, because of work related illnesses, lost the ability to work and to provide for their families. During the 1950’s, Dr Jones-Davies had responsibility for the counties of Carmarthen, Cardigan and Pembrokeshire which involved a great deal of travelling. His early death at the age of 54 from a massive stroke was a huge loss to Carmarthenshire and to Wales. He was a much mourned physician and family man.

An all-round sportsman, Dr Jones-Davies represented his hospital at rugby, tennis, cricket and hockey. However, it was as a centre three-quarter rugby player that he was best known. A Cambridge ‘Blue,’ he played rugby for Llanelli, London Welsh, United Hospitals, Middlesex and the Barbarians. During his time as the captain of London Welsh RFC, Dr “Tommy” Jones-Davies gained four caps for Wales as a centre. His first international cap for Wales was in the 1929/30 season against England at Cardiff which Wales lost by 11pts-3. His son Henry is the proud owner of an action photograph which shows his father going over under the posts for the only try of the match which at that time was worth only 3 points. His second cap came a few weeks later against Ireland at Swansea which Wales won by 12pts-7. The third cap in the 1930/31 season was against England at Twickenham which ended in a draw game at 11 points each. His fourth and last cap was also in the 1930/31 season in Cardiff against Scotland which Wales won by 13pts-8. Such was the influence of rugby on his life that he chose to send his son Henry to study where the game of rugby began i.e. Rugby School!

Dr Jones-Davies was one of seven Welsh players chosen in 1930 to tour with the British Lions to Australia and New Zealand, the others being Jack Bassett of Penarth, Jack Morley, Newport, Harry Bowcott, Cambridge University, Howard Poole, Cardiff, Dai Parker, Swansea and Ivor Jones, Llanelli. He was unfortunately the only Welshman not to have been picked for any of the test matches. They won the first match against New Zealand by 6pts-3 but lost the remaining three tests 13-10; 15-10 and 22-8. They also lost their only test match against Australia by 6pts-5. The last game of their 6 month tour was against Ceylon at Colombo, Sri Lanka which they won comfortably by 45pts-0.

Like his father before him, Dr Jones-Davies played a prominent part in public life. He served as High Sherriff of Carmarthenshire in 1952-53 and was also a deputy-Lieutenant and a Justice of the Peace for the county. For a number of years he was president of the Carmarthen Divisional Liberal Association and of the county branch of the British Legion.

Dr Jones-Davies became president of the Carmarthen Quins in 1958 but sadly his ‘term of office’ was limited to only one season due to his untimely death on the 25th August 1960. He was also a committee member of the Carmarthenshire County XV.

Dr Jones-Davies’ son Mr Henry Jones-Davies and his wife Frances have their family home at Nantgaredig. They were both guests of the club at our home game against Neath at the Park on Saturday 7th January 2012 and could not have chosen a better game to watch as it was an outstanding team performance, with the Quins winning comfortably by 38pts -19pts. Those of us who were present at the pre-match function were privileged to see a very fine collection of memorabilia Mr Jones-Davies brought along with him of his father’s rugby career. I managed to obtain from Mr Jones-Davies a photograph of his father which I will now frame and put on display in the Coracle Lounge along with the other club presidents. I also borrowed a photograph of the 1930 British Lions squad which I will copy and place on display in the Player’s Room.