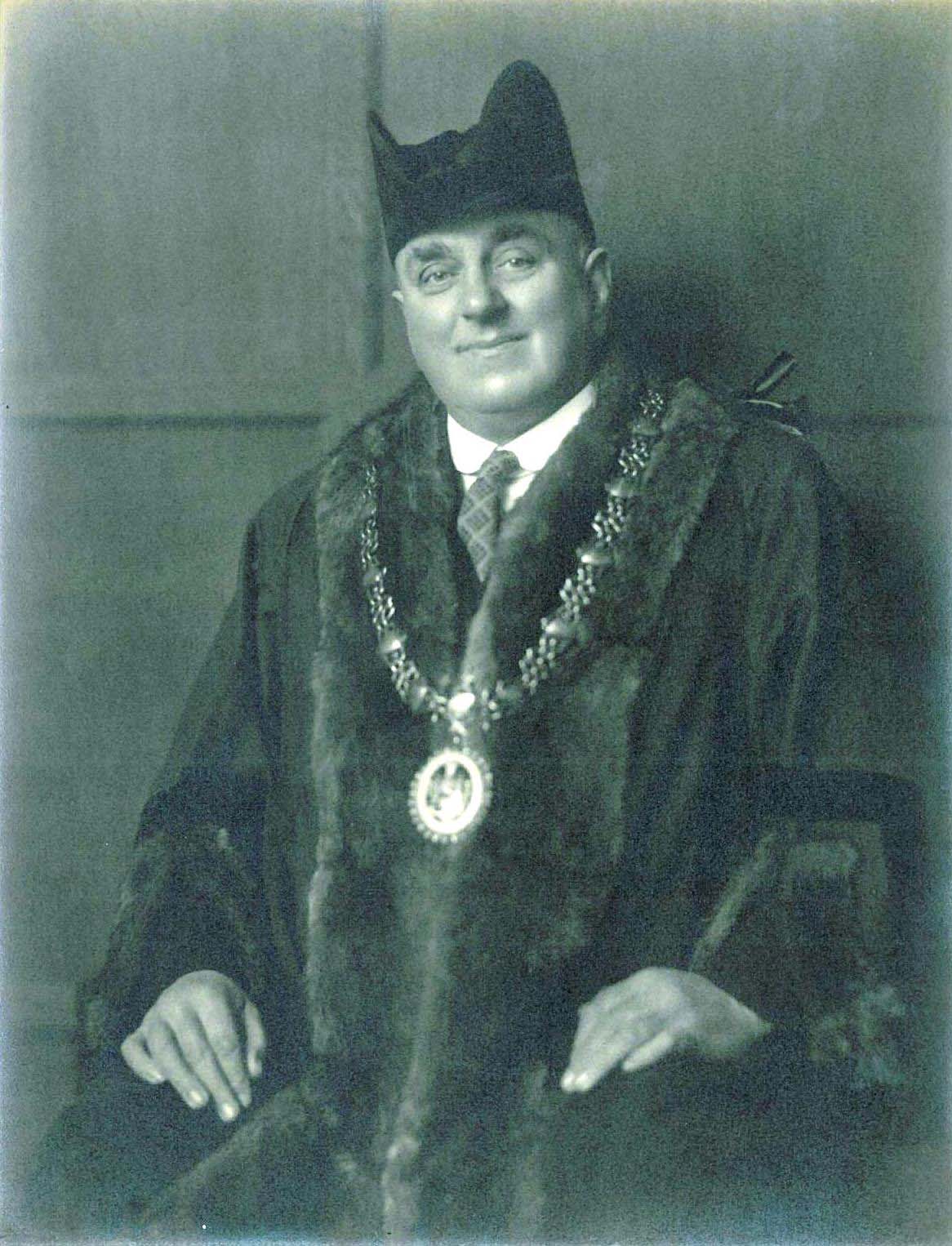 Mr J. O. Morgans, an only child, was born in Carmarthen in 1882. He attended the local Grammar School where he played an active role in school sports and played for the school’s rugby team. On leaving school, he joined his mother in running the family business. They had a grocery with a wine and spirits section known as “The Coffee Pot” at the corner of Guildhall Square and Blue Street. The location will be known by many as a popular landmark due to the very large coffee pot located at the corner of the building. The building later housed a public house which took on the same name.

Mr Morgans had a keen interest in local politics and became a Borough Councillor in 1920.

Mr Morgans chaired the Carmarthen Borough Education Committee for three years before it became absorbed into the Carmarthenshire Education Authority. He served as a local school manager and was one of the governors of the Queen Elizabeth Grammar School.

He played regularly for the Carmarthen Harlequins and also turned out for Llanelli. He was the Chairman of the Quins from 1924 to 1937 and became the club’s first President in 1945, serving the Quins in that capacity until his death in 1957 aged 77.