As previously mentioned the WRU President was H.M. Bowcott while the Secretary was Llanelli born and former International Mr Bill Clement and both were kind enough to send an Invitation XV to Carmarthen Park. Although he did not play, I seem to recollect the presence of a Mr Fran Cotton, the outstanding and fearsome England prop forward. 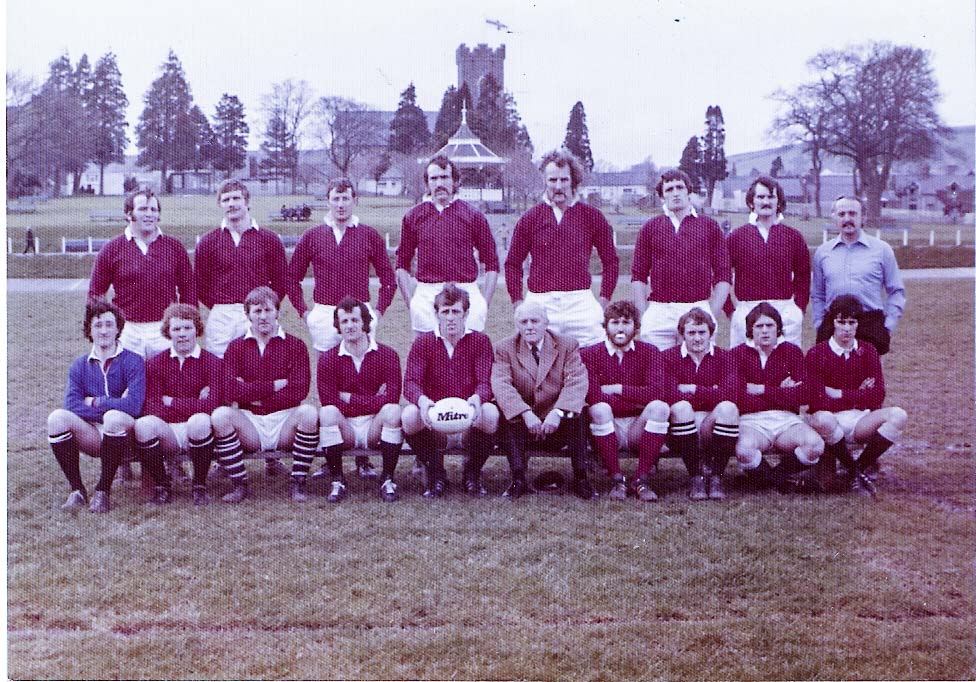 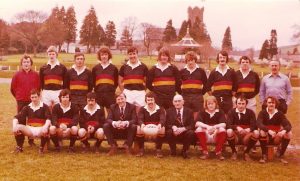 As expected, Quins’ makeshift Invitation XV were outpaced, outclassed and outplayed by an all-star President’s XV in this centenary celebration extravaganza at the Park. Penetrating running by a host of first-class threequarters and rugged forward play produced ten goals and two tries for the visitors. They led 28 – nil at the interval and piled on another 40 points in a spectacular second period.

Quins, who were forced to field a scratch side because of Wednesday’s West Wales Cup final, tried hard throughout but just could not match the visitors in any  department. Even British Lion Delme Thomas and former Llanelli team-mate Clive John had extreme difficulty in making any impression on their illustrious counterparts.

The President’s XV never really extended themselves in the first half and cantered to an unassailable lead with tries from hooker Alan Mages (2), Brynmor Williams, Brian Anthony and Brian Davies.  Gareth Davies converted four.  They completed the annihilation with a glut of second-half tries from Anthony, Wilson Lauder, Brian Davies, David Jenkins, Brynmor Williams, Colin James and Bob Penberthy. Gareth Davies converted five and Ashby one.

By kind permission of the Carmarthen Journal