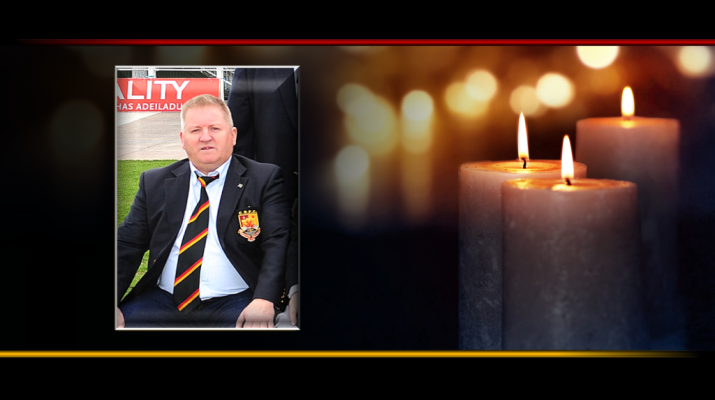 Sharing the very sad news that our dear friend Jeff Thomas has passed away after long fight with prostate cancer.
Our sympathy goes out to his partner Jacqui, his two children Gavin and Rhian and their partners Janine and Phil as well as his step daughter Nicky and partner Sion. Not forgetting his grandson Rocco and grand daughter Frankie Florence who was only born on April the 19th.

Jeff was born in Bargoed and as he would tell you, he was a valley boy through and through. He played rugby for Bargoed at Youth and Seniors – and as a number 15 he was the last line of defence and as he told us he often was.  He moved to London and worked in the Metropolitan police as a Scenes of Crime officer before moving to South Wales Police, to Devon and Cornwall Police and finally Dyfed Powys where he was the Manager. For the last twenty years or so he lived in Carmarthen and was a keen Quins supporter, a Committee man and a positive vocal member on the social side of the Quins Club.

Everybody and anybody knew Jeff as he was a larger than life character with a huge personality. He joined the Committee and immediately found his vocation as the announcer, entertainer and half time raconteur at the Quins games.  The mighty Quins could be heard throughout the town when Jeff was in action.

It always went down well with all supporters whenever various players from time to time lost their cool and started to throw a few “hay makers”, Jeff would immediately turn on the music to the famous Rocky theme which made everybody laugh and in fact added to the atmosphere.

He was instrumental in establishing a thriving Sunday bingo night, which raised a lot of money for fostering rugby throughout the Club. As part of the Entertainments Committee he organised and hosted the successful New Years Eve functions.

Jeff was keen to see rugby throughout the world and went on Lions tours with Goldie and Dai Dyer. He also went on numerous rugby tours where he would entertain the supporters with his karaoke. For the last 15 years he went on super Saturday trips to France, Spain and Portugal where as you can imagine he was leading the singing. On one particular trip to Paris, he decided he wanted to be group leader and chief guide. Unfortunately, those who were on the trip paid the price as they recalled that the last pint on the Friday night cost 9 euros while the first on the Saturday cost 16 euros. Needless to say that was the last time Jeff was team leader.

In between watching the Quins, Jeff was an avid Swans supporter and season ticket holder, but I think he had his foot in another camp as his bluebird tattoo showed.

He was also a keen golfer and captained Derllys Court Seniors team. He was a regular member of the Derllys team and won the Seniors pairs cup with John Llewelyn in 2012. He was a popular member and well liked by all at the Derllys club members and by the opposing sides.

Jeff will be greatly missed by all at the Quins, but more importantly by his family who we extend our condolences and our future support.

Goodbye Jeff, a true family man and a mighty Quin through and through. 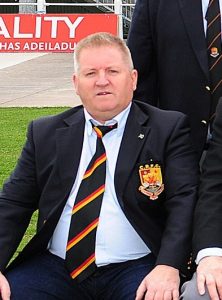 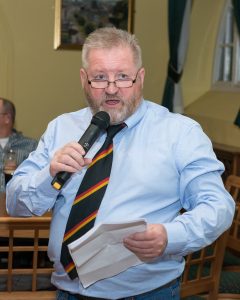